Tyrone Marhguy is a teen who has been denied admission into the prestigious Achimota school because he wears dreadlocks.

According to him , the headmistress refused to accept the items required from a first year student and that was an indication of not accepting his admission though computer placement has placed him there to study general science.

When I got there, I was directed to a chapel where the people wait, the place they present the items they were asked to buy. When I got there with my stuff, one of the mistresses who was packing the items presented into the cars told me she wants nothing to do with me because of my dreadlocks, so I should pack my stuff and sit away from the other items presented , Marhpuy said.

Tyrone’s father, Tereo Kwame Marhguy who was scandalised by the action of the school disclosed that the Assistant Headmaster at Achimota School affirmed that his son’s hairstyle is against the school’s policy on the length of hair students are permitted to grow. 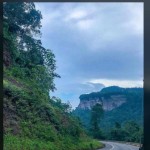