In the media interview with the friend she said they were in a Bible studies session when the incident happened. According to her best friend, Leticia did not like to share her problems with friends. She wrote a letter before her demise.

On her part, Mrs Gifty Acheampong the house mistress recounted how she heard the screaming of the students whilst preparing their breakfast. “I heard the students shouting so I rushed there and saw her hanging. I quickly rushed to the church auditorium to call the proprietor and the proprietress”, she said. 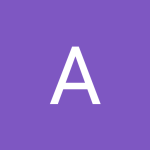